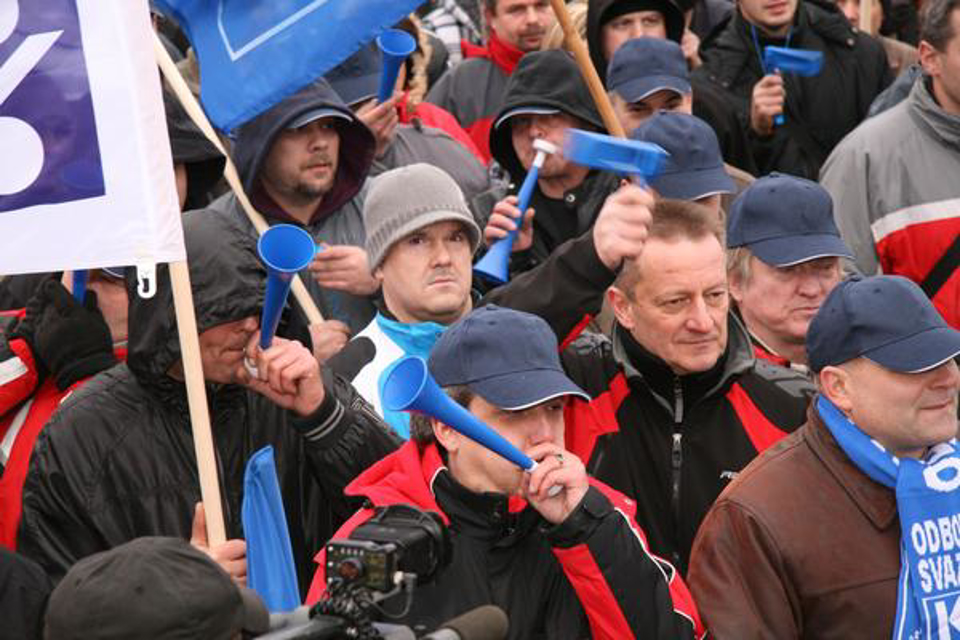 Czech manufacturing workers have scored a victory in the battle to end the east/west pay gap in Europe after winning a lengthy struggle for higher wages which received international attention.

Swedish electrics company NIBE/Backer has been paying its workers in Hlinsko almost five times less than in Sweden and only 40% of the average industrial wage in the Czech Republic.

In what has become an important battle against social dumping, IndustriAll Europe's Czech affiliate, OS KOVO, brought the company's management to the negotiating table through effective strike action and by highlighting their campaign in the media.

OS KOVO expressed its gratitude for the support and solidarity from sister unions that were crucial to obtaining a good result. Both industriAll Europe, IndustriALL Global and national affiliates sent letters of support to Czech comrades.

The success is a small, but undoubtedly significant step on a long road towards wage convergence in Europe.

IndustriAll Europe general secretary Luc Triangle congratulates OS KOVO with the outcome that will alleviate a grave injustice and ensure these workers get a fairer share of the profits generated by their productivity.

Writing to the president of OS KOVO, Jaroslav Souček, in January, Triangle said: "IndustriAll European Trade Union has noted with regret the conflict you have encountered with the Swedish company Nibe/Backer operating in the Czech Republic.

"We are outraged by the management’s unwillingness to pay decent wages to the workers who day in day out are making this company a success in terms of competitiveness, sales and profits. Nibe/Backer only pays 40% of the average wage in the Czech manufacturing sector. This is upsetting and we fully agree that it is social dumping.

"It is only natural that the trade unions involved demand a 15% pay rise as a first step in order to mitigate the injustice. When the offer from the side of the employers is totally inadequate, we are not surprised that a strike alert has been issued. The workers deserve their fair share of the company’s productivity gains"