Launch of the Circular Economy Stakeholder Platform: Workers in industry must be included 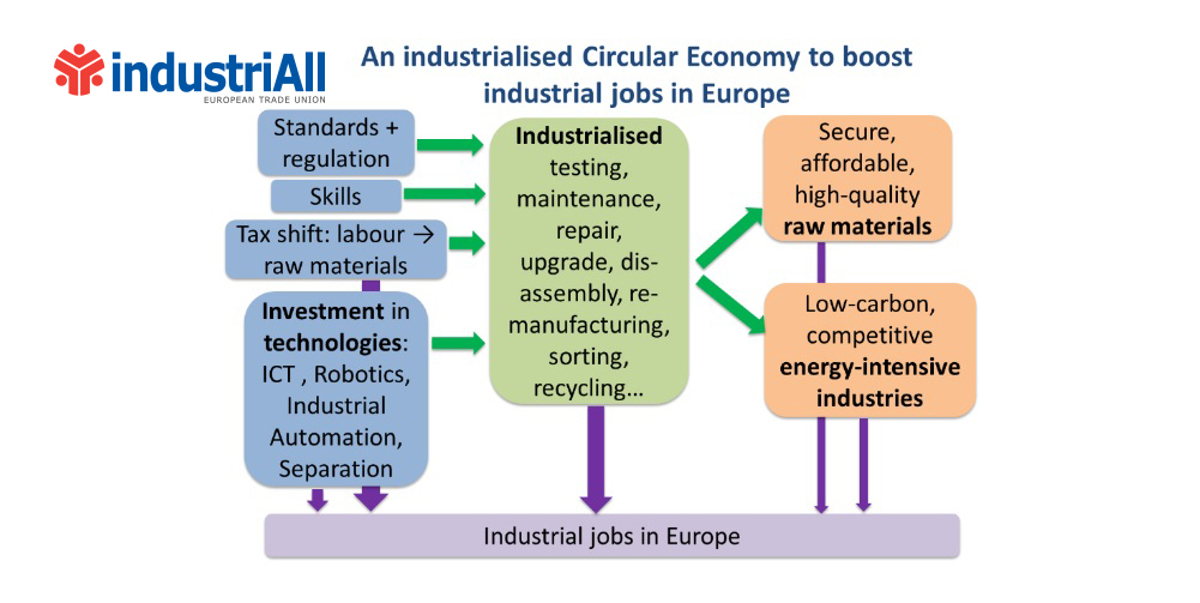 The concept of a Circular Economy is where the economic and ecological value of products is maintained as long as possible, instead of having products being thrown away after a short period of usage (the current “linear economy”). Circular Economy processes include the following operations, in decreasing order of priority: to maintain, to repair, to upgrade/modernise/remanufacture the product, to it re-use in a different context, to dismantle and recover its parts, to recycle the materials contained in it. The Circular Economy is anticipated to be a major transformation of European industrial supply chains.

During this conference, attended by more than 400 delegates from all over Europe, Vice-President Katainen (Jobs, Growth, Investment and Competitiveness) described the Circular Economy as being the next “mega-trend in the world economy”, and that it will require heavy investment to shift to it from the current linear model. Commissioner Vella and Director General Calleja Crespo (Environment) declared their intention to include all stakeholders in upcoming Platform on Circular Economy, in order to exchange information, best practices and to discuss policy recommendations.

IndustriAll Europe promotes the idea that in order for Circular Economy processes to compete favourably with those of the linear economy, their quality and reliability must improve, and their cost must decrease. This can only be attained by industrialising Circular Economy processes. Only then will these processes generate the high-quality, industrial jobs that Europe greatly needs. Concretely, a digital “product passport” could trace the materials contained in the product and describe the recommended maintenance, repair, and dismantling operations. The liability in case of repair and upgrade by third parties would also need to be clarified.

Finally, industriAll Europe also highlighted that workers must be involved in the design and implementation of Circular Economy policies, in a process of anticipation of change, so as to ensure a just transition for all workers involved in this deep transformation of industry. The skills already present in some more advanced industrial sectors (e.g. paper, mechanical engineering, rail equipment) should be disseminated and integrated to all.