No to unfair pensions reform! 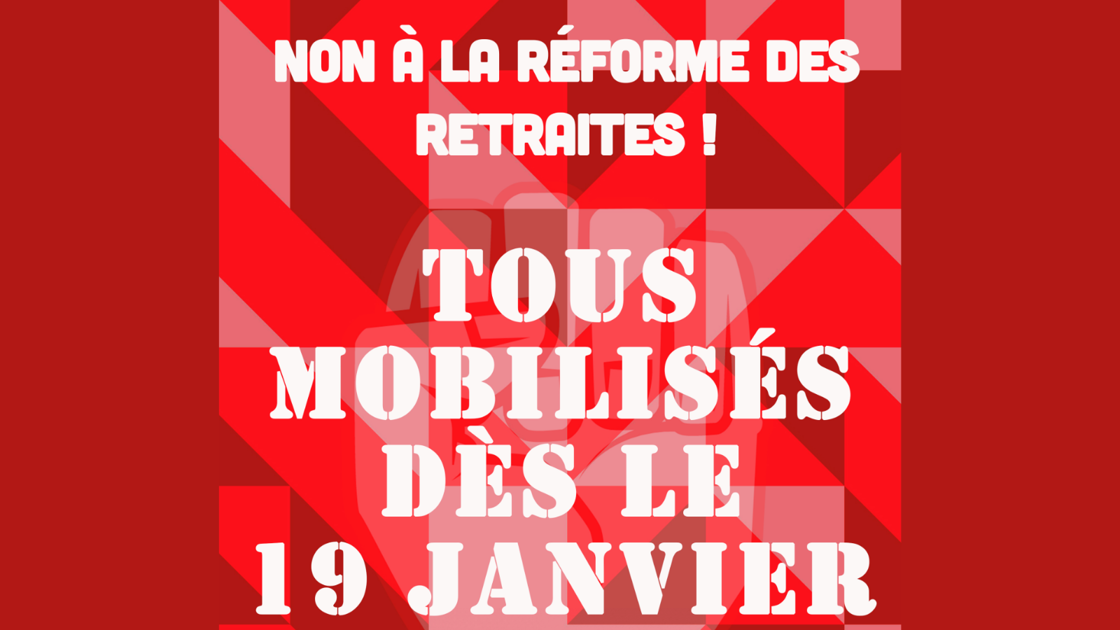 IndustriAll Europe supports its affiliates and comrades in France on strike tomorrow 19 January against unfair pension reforms announced by the French government.

On behalf of industriall Europe we would like to send our solidarity and support for your strike taking place on Thursday 19 against the newly announced pension reforms.

The French government’s recent announcement to lengthen the retirement period by two years (to the age of 64) is a completely unjustified measure.
The report of the ‘Conseil d'orientation des retraites (COR)’ clearly indicates that the pension system is not in any danger and that there is no financial emergency.

This reform will hit all workers hard, especially those who started working early, the most precarious, whose life expectancy is lower than the rest of the population, and those whose jobs are not recognised as ‘hard’. It will worsen the precariousness of those who are already out of work before retirement and reinforce gender inequalities.

This government project is not an economic necessity, it is a choice of injustice and social regression. In order to strengthen the French pension system, we need measures of progress and wealth sharing.We welcome this powerful cross sector strike, to bring down the pensions reform by President Emmanuel Macron in a bid towards tackling these unfair pension measures that the French government is trying to impose on its workers.

In a time where workers in Europe are facing an escalating social crisis, and are unable to make ends meet, it is imperative for governments to support their workers and create fair and adequate working conditions. Adding another two years to an already long working life is disregarding worker’s needs.

“This reform is not only unnecessary but unfair. Workers rights and their needs must be protected and respected. We will not stand by and watch a government try to impose unfair reforms on its workers.

We stand with our affiliates and support them in their fight and call on President Emmanuel Macron to withdraw the reform immediately.”

We support our comrades and affiliates from CFDT, CGT, FO, CFE-CGC, CFTC, Unsa, Solidaires and FSU in their united fight and their demands for the immediate withdrawal of the “unfair and unnecessary” reform. We call on President Emmanuel Macron and the French parliament to withdraw this unfair reform immediately.