Trade must be fair in practice, not just rhetoric! 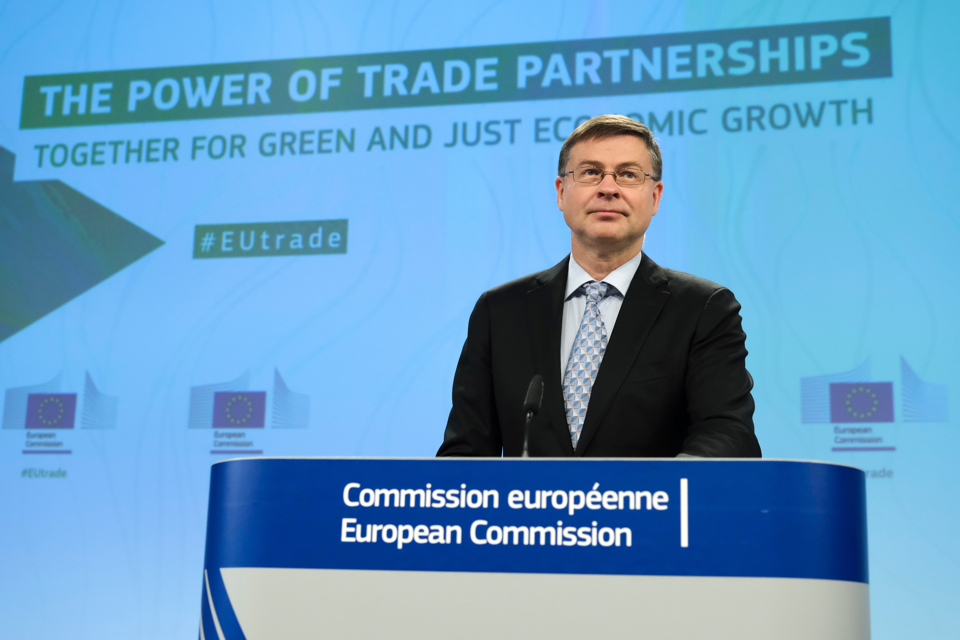 IndustriAll Europe welcomes yesterday’s Communication from the European Commission with improvements to monitoring and implementing sustainable development in EU Free Trade Agreements (FTAs), but calls for tougher action to better protect workers’ rights. While the Communication heads in the right direction, trade unions want to see concrete actions to deliver improvements to the rights, working conditions and lives of workers around the world.

Yesterday, the European Commission finally released its Communication on ‘The power of trade partnerships: together for green and just economic growth’, which aims to make EU trade greener, fairer and more sustainable. Trade unions have long been calling on the EU to strengthen the implementation and enforcement of the Trade and Sustainable Development (TSD) chapters of the EU's trade agreements, especially regarding workers’ rights.

IndustriAll Europe has consistently called for a tougher approach to ensuring that EU trade is fair and sustainable. For trade unions, this means applying sanctions where fundamental workers’ rights are breached. While many FTAs look good on paper, the situation is not always positive on the ground, and industriAll Europe insists that EU action, including increased monitoring and applying sanctions, could improve the lives of millions of workers around the world.

Most of the EU’s current FTAs have Trade and Sustainable Development (TSD) chapters, which are monitored by trade union representatives and other relevant stakeholders via Domestic Advisory Groups (DAGs). IndustriAll Europe participates in various EU DAGs (including EU-Vietnam, EU-South Korea, and EU-UK) and this provides an opportunity to assess and monitor the situation facing workers in these countries.

The TSD chapters of EU trade agreements require effective implementation of International Labour Organization (ILO) conventions and the respect of the core ILO principles. This is of particular importance to trade unions. Furthermore, TSD chapters in some FTAs specifically call for the ratification of unratified, fundamental ILO conventions and set out commitments on social dialogue, decent working conditions and labour inspections.

Trade unions have insisted on greater commitments from third countries, improved monitoring by trade unions and civil society, and punitive action, such as sanctions, where workers’ rights are breached. IndustriAll Europe was therefore satisfied, after intensive advocacy work, to see
improvements proposed by the Commission in yesterday’s Communication.

‘’For trade unions, trade must be fair, with workers’ rights at its centre. As the world’s largest single market, the EU has a unique opportunity to use its size and power for good, by ensuring that its trade agreements protect workers’ rights.

‘’All workers deserve to be safe at work, to be able to join a union, and to have the right to collective bargaining. European trade unions have put pressure on the EU to make positive changes to trade instruments, including action to implement on the ground what was agreed on paper.

"We welcome yesterday’s Communication with proposals for increased support and an enhanced role for trade unions and civil society, but the proof will be in the pudding. We must ensure that improvements to the complaints procedure lead to swift investigations and tough remedying action, including sanctions when labour rights are being abused."

IndustriAll Europe will continue to work with local and international trade unions, EU DAGs, wider civil society and EU policy makers to ensure that EU FTAs play their role in ensuring that workers’ rights are upheld. Workers’ rights are human rights and must be protected!
Statement of the TSD Platform: EN