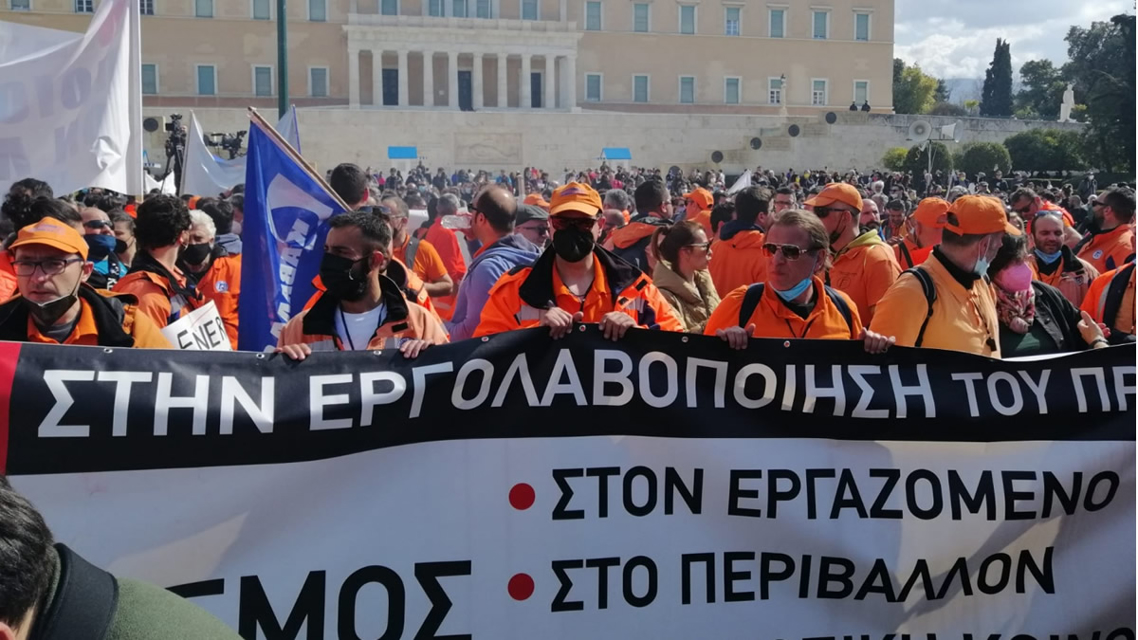 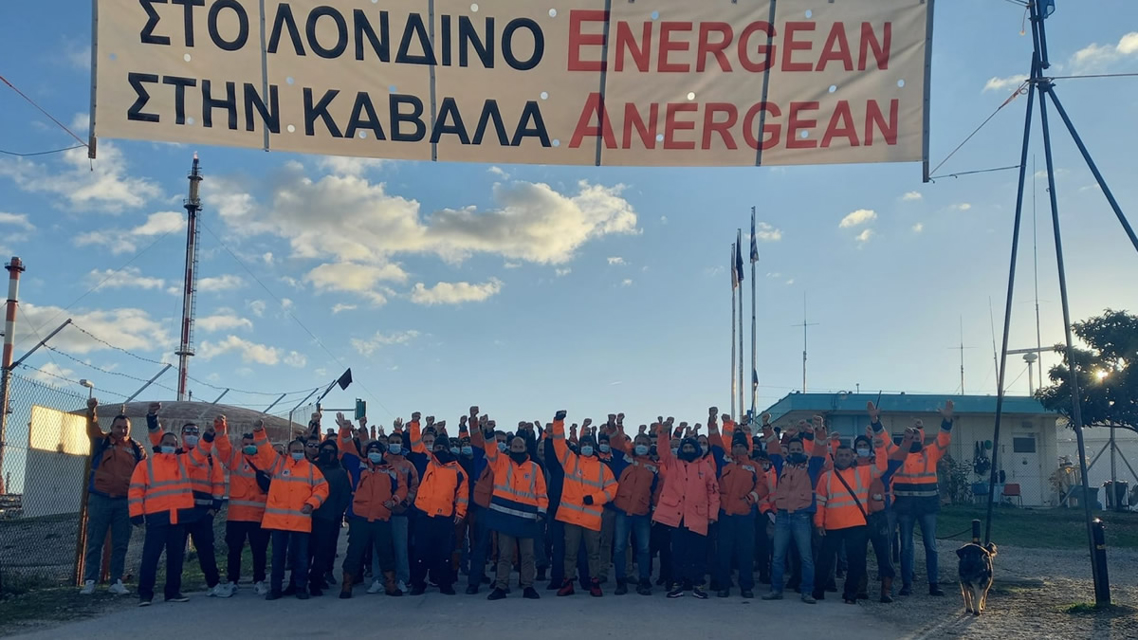 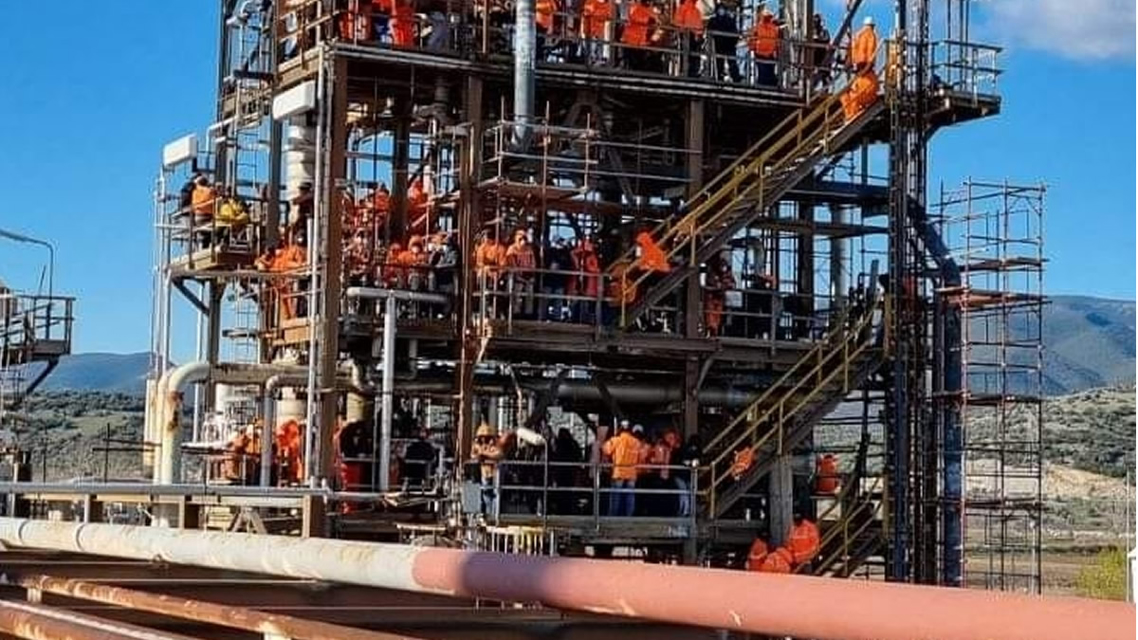 On 26 February, three Greek unions organised a massive demonstration and march to the Greek Parliament in Syntagma Square, Athens, to protest against the layoffs at Kavala Oil and other industrial sites.

The unions were protesting against the layoff of 122 workers at Kavala Oil, layoffs at LARCO, the state-owned ferro-nickel production company, and the growing use of temporary contracts at Kavala Fertilizers.

Kavala Oil operates the only oil field in Greece, and is owned by London-listed Energean Oil and Gas. The company received €100 million of EU Covid support – taxpayers’ money - as part of the State Aid Temporary Framework to support and maintain employment during the pandemic. PEF and its affiliate, the Kavala Oil Workers’ Union, supported the proposal to finance the company on the condition that workers’ rights be respected.

Instead, the company launched a restructuring programme in April 2021, laying off 40 workers and moving another 40 from permanent to contract positions. The company also announced cuts in salaries and allowances of €6 million.

More workers have subsequently been laid off, bringing the current total to 122.

In 2021, industriAll Europe wrote to the European Commission, and a Greek MEP from the Left group raised the issue in the European Parliament. In December, workers occupied the facility. The occupation was broken by police on 21 December, with 17 arrests. No charges were filed and the workers were released. On 1 January 2022, the workers went on strike. IndustriALL Global Union and industriAll Europe wrote a joint solidarity letter ahead of the demonstration.

In the morning before the demonstration, the presidents of the federations and the unions held a meeting in the Greek Parliament with representatives of the radical left (SΥRΙΖΑ), the Communist Party of Greece (ΚΚΕ), and the centre-left Movement for Change (KINAL). They raised the issues of the layoffs, the use of precarious contracts, and the increase in the prices of essentials and gas, electricity and oil.

The unions’ goal was to show that the workers are the foundation of these industries and not a burden on employers and the state, and to demand that the government provide solutions.

“Energean Oil and Gas have shamefully abused taxpayers’ money by laying off workers after taking €100 million in Covid support. This was a solidarity fund created to sustain employment, not a money-making opportunity for greedy corporate bosses.”

“The company must engage in meaningful social dialogue with the Kabala Oil Workers’ Union, desist from unlawful dismissals, immediately reinstate dismissed workers, stop the job insecurity of labour contracts, and ensure health and safety in the oil and gas installations.”

IndustriALL Global Union and industriAll Europe will continue to support PEF and the workers in the Kavala Oil Workers’ Union, and their joint actions.