Strike at Cem-Bialetti factory in Turkey 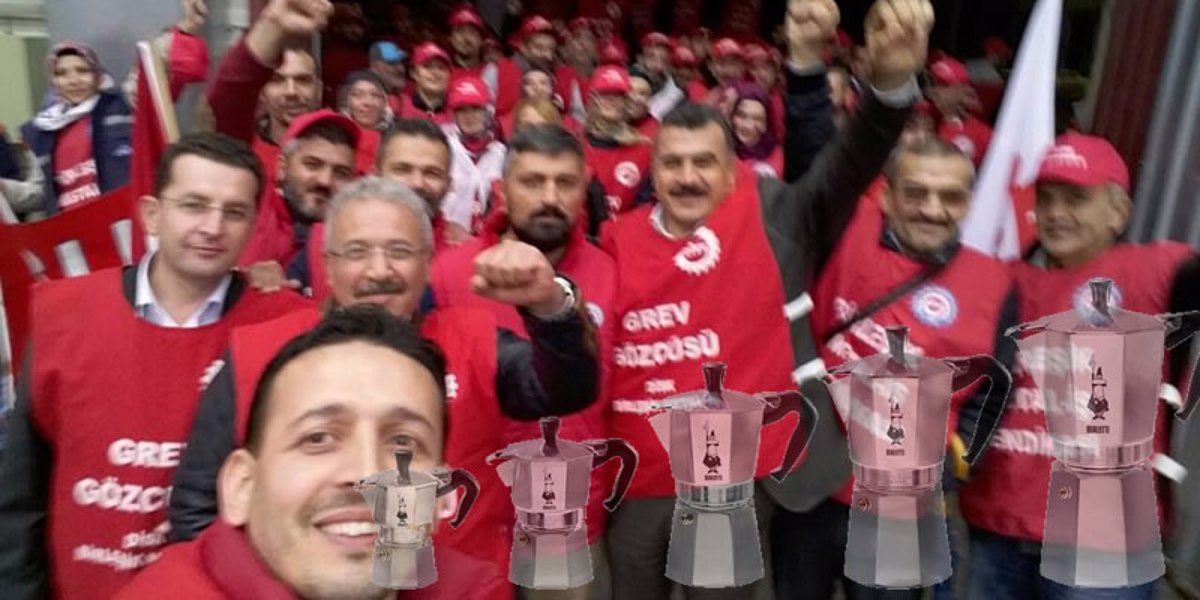 Birleşik Metal-İş, our trade union affiliate that organises workers at Cem-Bialetti factory in Turkey on Monday 17th October declared the start of an indefinite strike following the failure of negotiations on the new labour agreement, including a wage increase. IndustriAll European Trade Union stands in solidarity with Birleşik Metal-İş members in their strike action and supports their demands for decent wages and working conditions.

Cem-Bialetti is a kitchenware producer based in Kocaeli-Turkey. It is owned by the Bialetti group, which is listed on the Italian stock exchange.

Letter of support from IndustriAll Europe (in English)