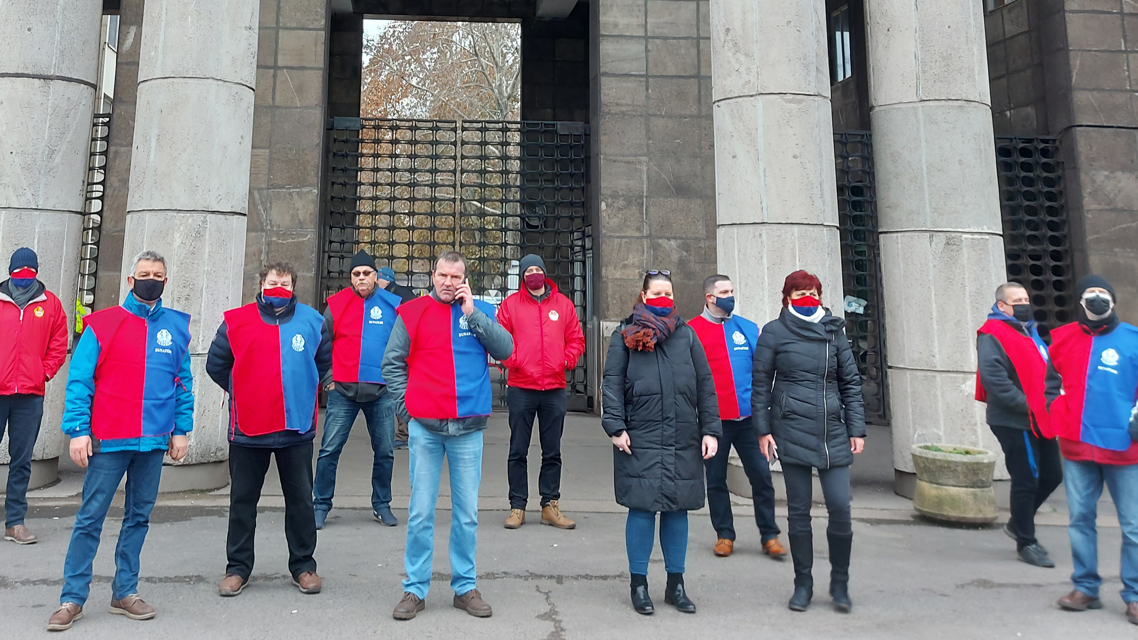 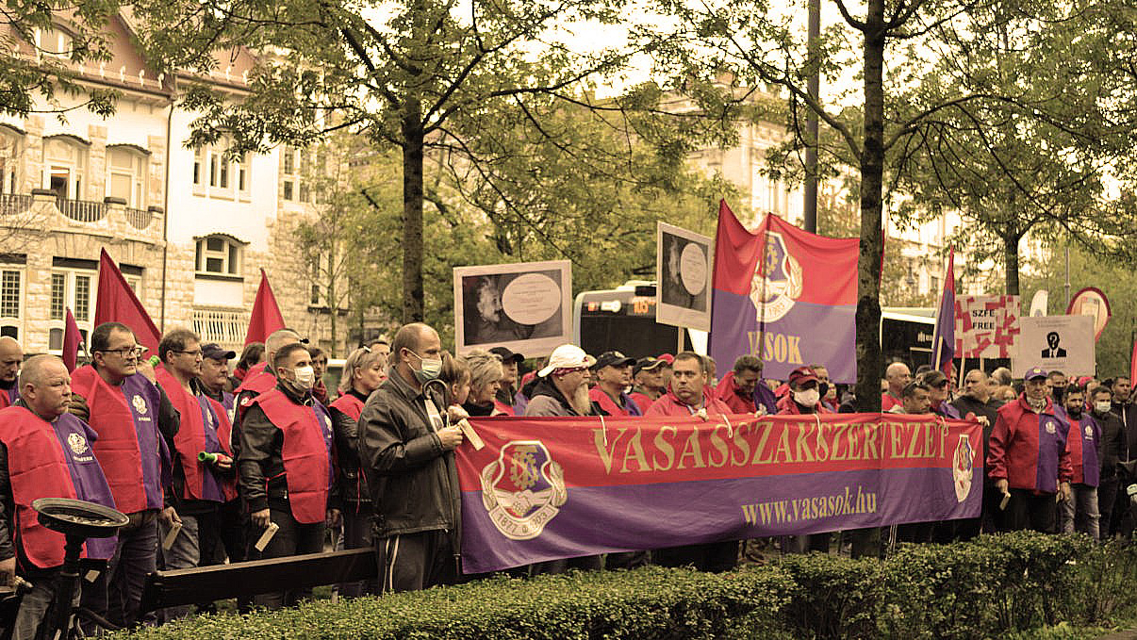 VASAS members at the Russian embassy in Budapest
- VASAS
14 October 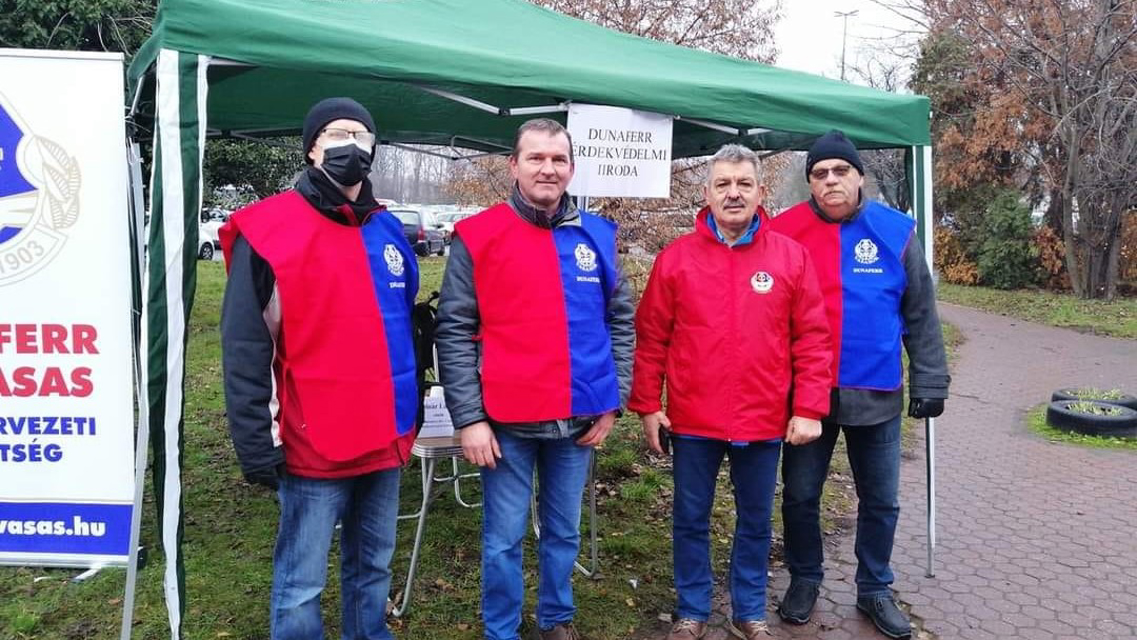 We strongly condemn the ISD Dunaferr management’s open attack against the trade union. They have tried to make it impossible for the union to do its advocacy work...

ISD Dunaferr is the biggest Hungarian steel plant and one of the largest employers in the country, with 4,500 employees and 2,500 members of the Hungarian affiliate VASAS. Last Friday, 11 December, four local VASAS leaders were dismissed with immediate effect. Despite the existing contract between the union and the company, internet and telephones were shut down in the union offices within the plant. The four dismissed leaders were not allowed to enter the premises after their dismissal, despite their legal right to do so as union leaders.

The company, located at Dunaújváros, south of Budapest, was highly profitable in 2018, but has struggled in 2020 to maintain its production. This, however, is more due to mismanagement and the dispute between the owners than the economic environment or capabilities of the plant. Unfortunately, the employer has been cutting costs at the expense of its workers and without consulting the trade union. The union protested and turned to the court when needed, doing everything to protect the interest of the workers. At the same time, the management totally ignored industrial relations and has not reconciled with the union.

IndustriAll Europe General Secretary, Luc Triangle, has expressed solidarity and said: “We strongly condemn the ISD Dunaferr management’s open attack against the trade union. They have tried to make it impossible for the union to do its advocacy work, by unlawfully dismissing VASAS’ union leaders and excluding them from their office, shutting down their phones and internet connection. We demand the immediate reinstatement of our colleagues and the attack on unions must be stopped.”

VASAS has turned to the court because of the dismissals and breaches of contracts. In the meantime, the sacked union members are doing everything they can to protect the interests of the workers, even without the possibility of entering the company’s premises. They have already established a temporary ‘office’ in front of the entrance in order to meet and discuss with union members.

IndustriAll Europe strongly condemns the behaviour of the company and will fight together with its affiliate VASAS for a reinstatement of the dismissed trade union leaders.