Domestic Violence is not a domestic issue alone 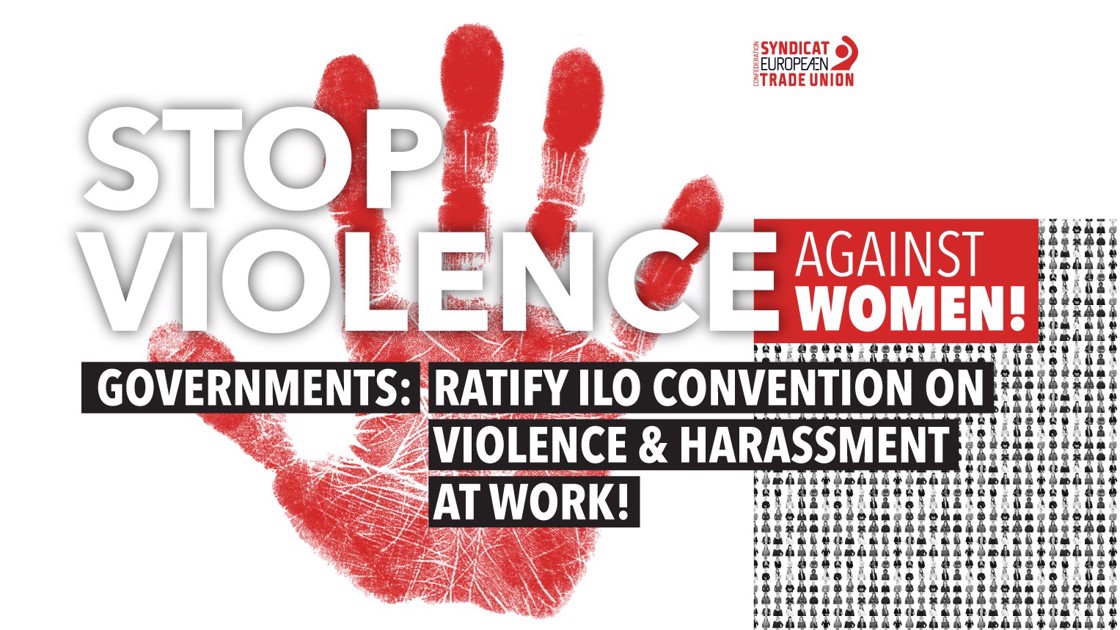 International Day for the Elimination of Violence against Women

At today’s Day for the Elimination of Violence against Women we want to make clear that violence is never “only” a private issue or “only” a workplace issue.

Since the start of the pandemic, domestic violence has increased. At the same time, services that usually give support to victims have found it difficult to function: Victims of violence have often had less access to health care, shelters or legal assistance.

With so many people working from home, the difference between domestic violence and violence in the world of work has become blurred. However, even under normal circumstances domestic violence can have an impact on work. This is recognised in the ILO Convention 190, the “Convention concerning the elimination of violence and harassment in the world of work” and its accompanying recommendation R206. Judith Kirton-Darling, industriAll Europe Deputy General Secretary: “The convention does not only recognise the effect domestic violence can have on employment, productivity and health and safety, but also points out how employers’ and workers’ organizations can help to respond and support.”

The convention in itself represents a milestone, addressing violence and harassment in the world of work: behaviours, practices, or threats “that aim at, result in, or are likely to result in physical, psychological, sexual or economic harm”. So far, only two countries have ratified the convention and only thirty (ten European) have started the ratification process. IndustriAll Europe calls on all governments to ratify C190!