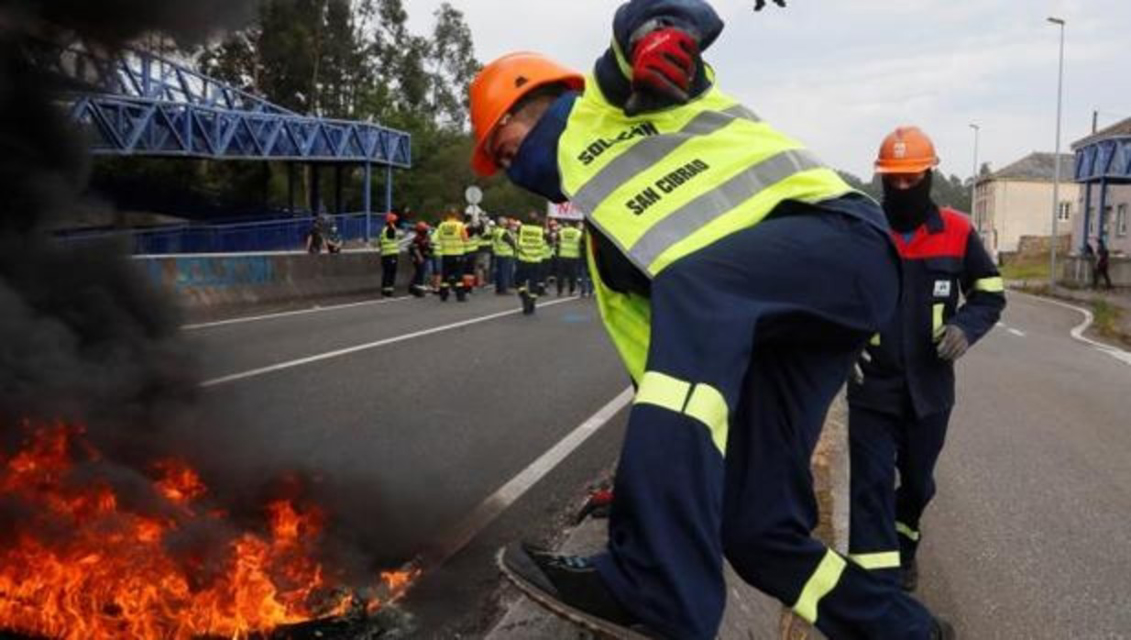 The planned closure deals a hefty blow to Spain’s production capacity for primary aluminium. It raises the question: can Europe afford its aluminium production to disappear?

We demand action of policy makers at all levels to seek a solution that guarantees a future for aluminum production of Alcoa Spain and gives a perspective to the workers. We also expect and request full involvement of Alcoa’s European Works Council.

The Alcoa Group, in the middle of the COVID-19 crisis, informed the workers representatives in Spain of its intention to discontinue the production of primary aluminium at San Ciprao. This plant closure would entail the loss of 522 direct jobs, in addition to losing a larger number of indirect workers. What is more, it would bring the economic collapse of the entire province of Lugo, given that the closure of the factory would represent a 25% drop in GDP.

Should the closure go ahead, industriall Europe is concerned that it will seriously damage the Spanish industrial sector, since Spain would basically lose all its production capacity for primary aluminium. It also raises essential questions of dependence on third countries. Aluminium is a fundamental and basic material that is key for several important sectors in Europe such as the automobile, construction, and food sector. The pandemic has revealed just how fragile global supply chains have become and that a degree of autonomy of supply is needed to guarantee production processes in Europe. We are therefore very concerned that for some years, primary aluminium production has been gradually disappearing in Europe. Unfortunately so far, the European political level has shown little concern and made no efforts to stop this trend.

Already at the end of 2015, when the Alcoa Group systematically threatened closures by alleging the endless energy problem in Spain, the Spanish trade unions demanded state intervention in the Alcoa Group plants in Spain (at that time the factories in A Coruña and Avilés were included).

Following the announcement of the San Ciprao plant closure, industriAll Europe’s Spanish trade union affiliates CCOO de Industria and FICA UGT urge the central government to either directly support industrial activities of the Alcoa Group in Spain, or to search for a reliable investor. The overall aim must be to guarantee employment, the continuity of the plant and of aluminium production thereby ensuring the supply of this basic industrial product for Spanish and European industrial sectors. The irresponsible decision of the North American multinational with its serious implications must be prevented.

Industriall Europe calls on the public administrations of Spain and the EU institutions to get involved and to act in a coordinated, rapid and decisive manner. Otherwise they will help facilitate the destruction of a sector that is fundamental to Galicia and Spain's economic development and contribute to the continuous deindustrialization of Spain and Europe.

“Together with our sister organisation industriALL Global Union, industriAll Europe fully supports the workers of Alcoa and their unions. We demand action of policy makers at all levels to seek a solution that guarantees a future for aluminium production of Alcoa Spain and gives a perspective to the workers. We also expect and request full involvement of Alcoa’s European Works Council.”

Read the joint letter of industriAll Europe and industriALL Global: solidarity with the workers at Alcoa plant in San Ciprao