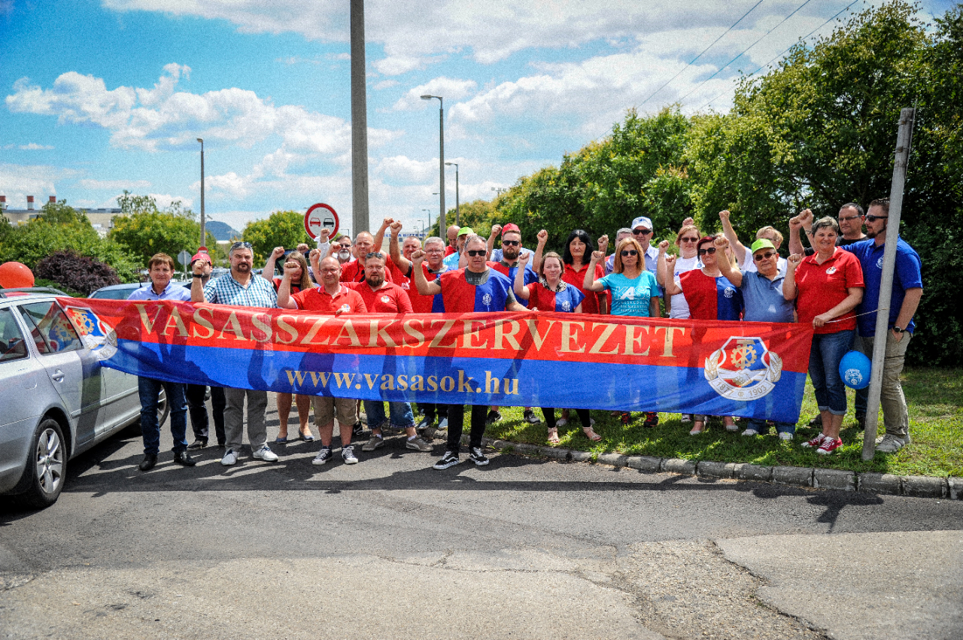 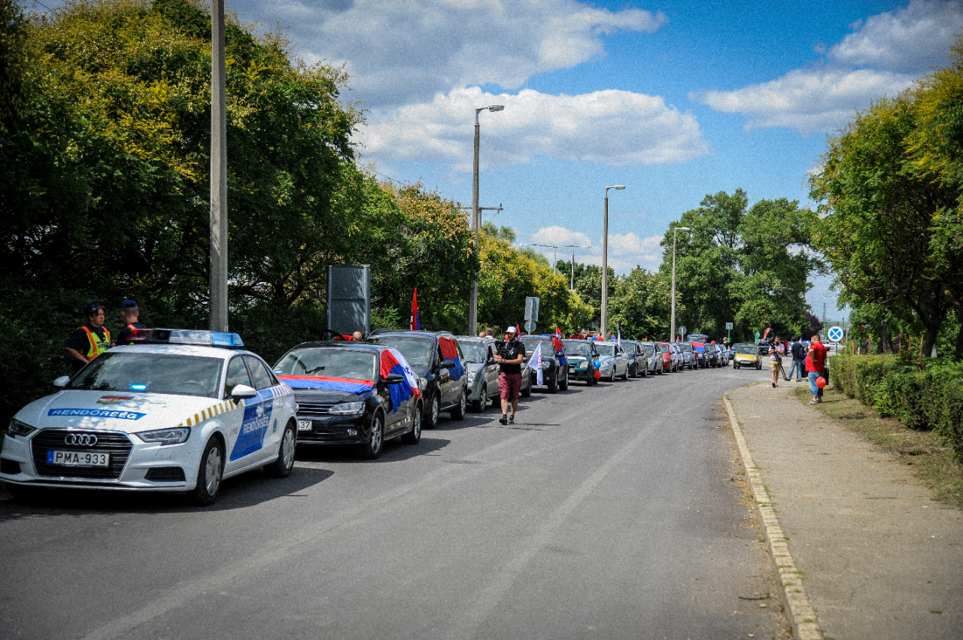 Hungarian trade unionists have staged a protest outside the local factory of multinational automotive manufacturer, Suzuki, in the latest stage of their battle to uphold union rights.

Metalworkers’ union VASAS, which is organising Suzuki workers, were joined at last week’s demonstration outside the plant by other members of the Hungarian Trade Union Confederation and industriAll Europe.

Suzuki workers are used to sending cars out of the factory and onto the road. On this occasion, they stopped them getting in by slowing down the traffic on the roads leading to the factory’s three gates.

The successful protest was covered widely in the media, putting more pressure on the company’s management to abandon their anti-union strategy and enter into meaningful social dialogue with our affiliate.

It comes as VASAS peruses legal action against Suzuki Hungary for denying its representatives access to the plant in breach of national legislation. Management have also sacked a VASAS representative despite their 14 years’ service to the company and refused to enter into negotiations.

“Far from being a local dispute, the conduct of Suzuki Hungary’s management is now being watched closely across Europe and risks bringing into disrepute your company’s reputation across the continent,” our letter stated.

industriAll Europe is committed to continuing to assist VASAS in upholding trade union rights and securing a collective bargaining agreement for Suzuki workers.