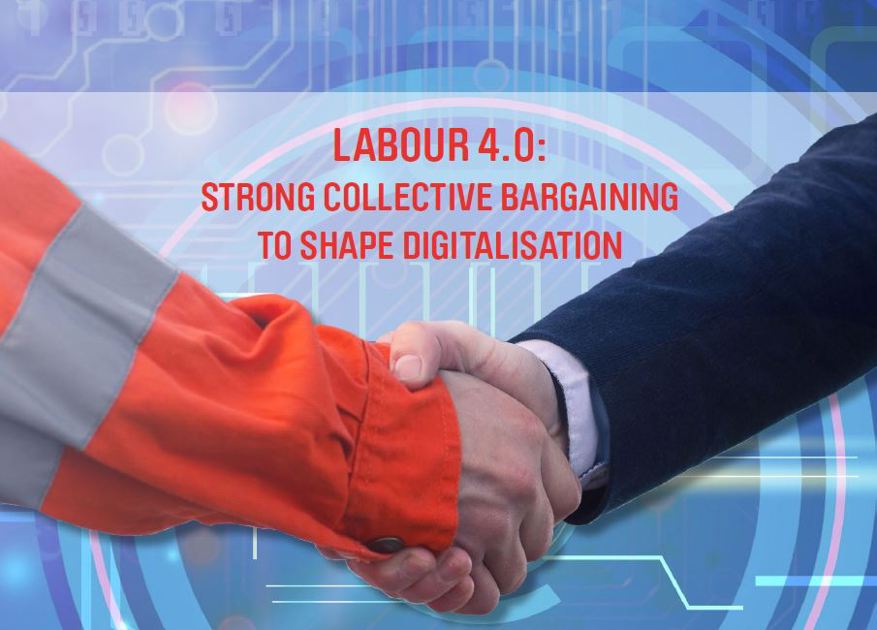 Over 200 delegates from across Europe debated the role of collective agreements and workers’ rights in light of digitalisation.

Since the last collective bargaining conference in 2014, the European economy has certainly improved. There is positive production growth and employment is reaching pre-crisis levels.

Recovery has only been of limited benefit to workers. The consequences of a decade of deregulation and austerity policies are still visible in Europe, particularly in the labour market. There is still widespread precarious work in terms of fixed-term contracts, agency work, involuntary part-time work and zero-hour contracts. New forms of work linked to IT platforms are mushrooming up, leaving employed people to a life as freelance workers.

Addressing these issues, a number of key documents were prepared, presented and approved at the industriAll Europe Collective Bargaining Conference.

•    A Political Resolution on collective bargaining, social policies and the role of trade unions (EN FR DE)
Now that the European economy is gradually recovering, trade unions demand investment and offensive policies for equal distribution. Jobs in a future digitalised working life must be quality jobs, meaning well-paid jobs with open-ended contracts as the main rule. Collective bargaining is the tool with which to achieve this.

•    A paper on wage policy (EN FR DE) and a revisit of the industriAll Europe Wage Coordination Rule (EN FR DE)
It is about time that wages are raised for all categories of workers. A minimum demand from our side is that workers receive compensation for inflation and a fair share of productivity gains. Wages in Central and Eastern Europe Countries are lagging very much behind western European wages. Real wage increases that go well beyond productivity growth must be achieved in the new Member States. If not, young generations of qualified workers will continue to leave their countries.

•    The Working Time Charter (EN FR DE)
Working time is a key element of working conditions that needs to be continuously evaluated in the light of new technology and new forms of employment. In the years since the onset of the crisis in 2008 we have seen increased pressure for flexibility and a trend towards increases in real working time. For the trade union movement, it is imperative to avoid a downward spiral in this field and a race to the bottom. Establishing common standards on working time policy is essential to improving health and safety at work and the quality of working life, to ensuring work-life balance and to securing employment.

•    A set of Principles for future pension policies (This document will be published online shortly)
Pensions are postponed wages that are meant to secure a decent living for workers also after retirement. State pensions must be the dominant pillar so that workers will not be dependent on supplementary pensions from their employers or private savings. The pension benefits must reflect the wage level and the number of years worked.