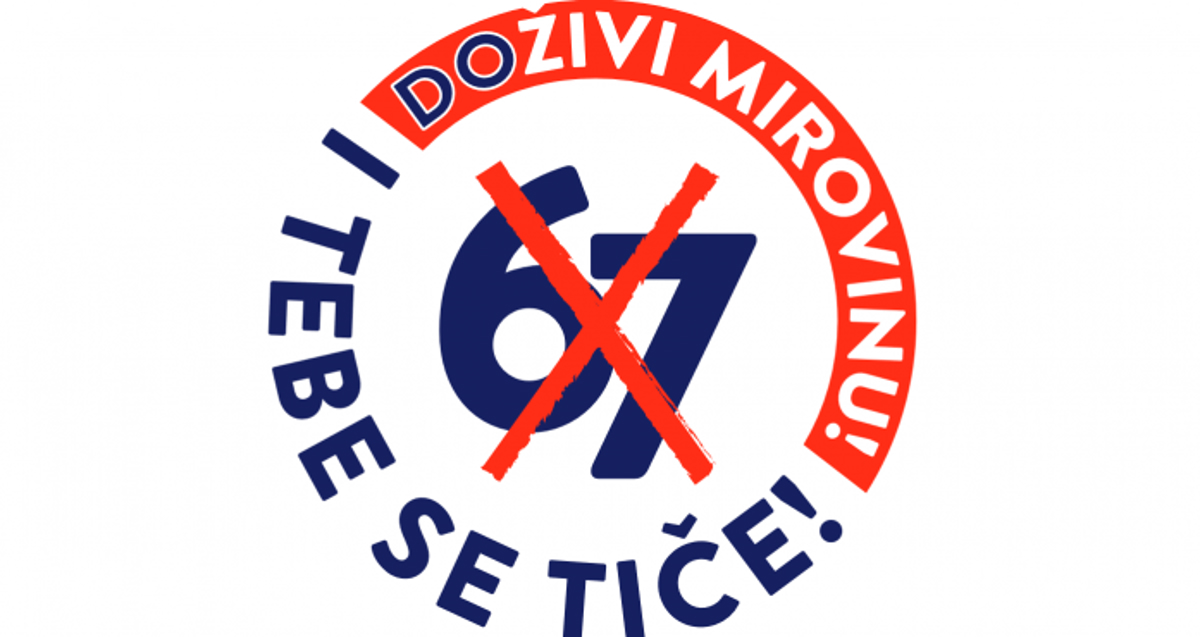 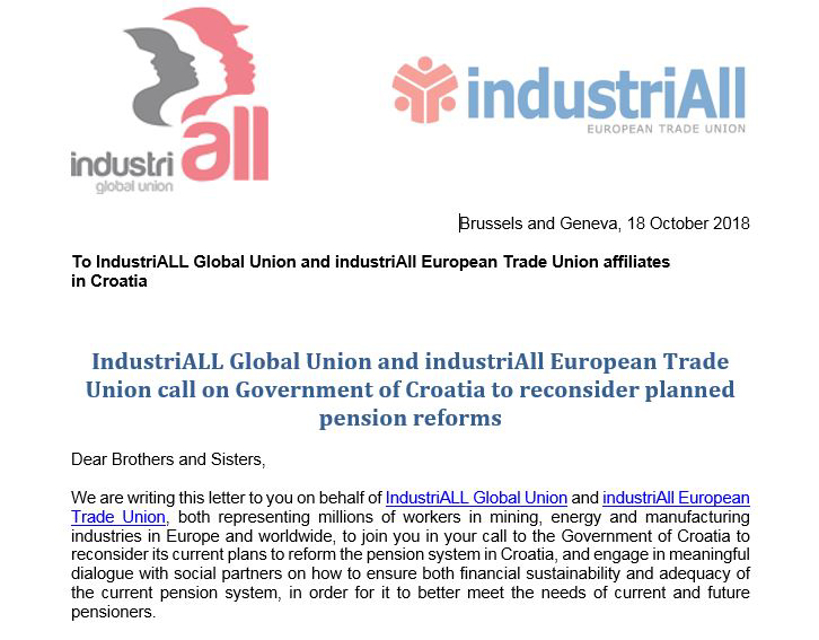 On Saturday 20th October, a protest against the pension reform will take place in Zagreb, Croatia. IndustriAll Europe and IndustriALL Global Union have drafted a joint letter of solidarity to show support to the Croatian unions in their struggle for a fair pension reform. Both organisations stand together with their affiliates because retirement in dignity is a matter of great concern to all.

In the letter, Luc Triangle, General Secretary of industriAll Europe and Valter Sanches, General Secretary of IndustriALL Global said; “We condemn the fact that the forthcoming pension reforms have been decided without genuine consultation and negotiation with unions, who were explicitly informed by government officials that there was no room for negotiation on the planned reforms.”

They continued to express their solidarity with the Croatian workers and unions; “We share your serious concerns with regard to the negative impacts of the pension reforms. While the stated intention of the reforms is to bring greater financial suitability to the pension system and encourage greater participation of older workers in employment, in practice they will likely come to the detriment of income security for many of Croatia’s current and future pensioners.”

IndustriAll Europe General Secretary, Luc Triangle, said “Croatian unions are rightly taking to the streets to protest. IndustriAll Europe fully understands your actions. We are with you. The advice of the European Commission could cause harm to workers who need early retirement for health reasons. In Croatia and throughout the EU we need a guarantee of a good job for all workers that gives a decent life and a decent pension for a well-deserved retirement after many years of work.”

industriAll Europe and IndustriALL Global Union call on the Croatian Government to change its reform, to negotiate with trade unions for fair pensions for all workers in Croatia.

A copy of the industriAll Europe letter to the Croatian Government can be found here.

A copy of the joint letter from industriAll Europe and IndustriALL Global Union can be read here.

A copy of the letter to industriAll Europe's Croatian affiliates can be found here.