PRESS RELEASE: Trade union and worker representatives from all over Europe rally in Brussels to claim more democracy in the workplace 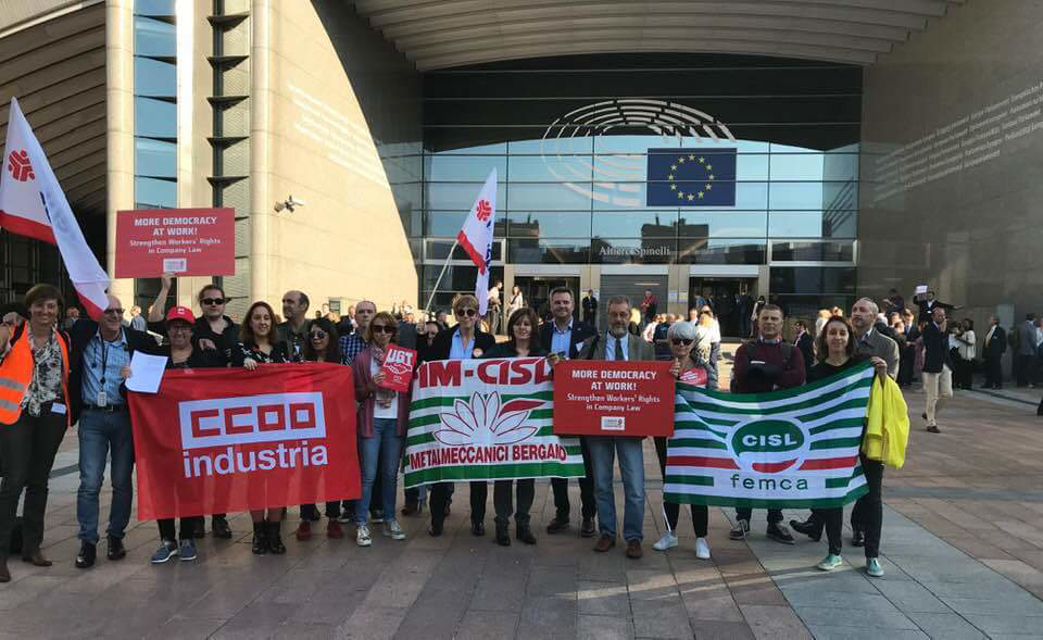 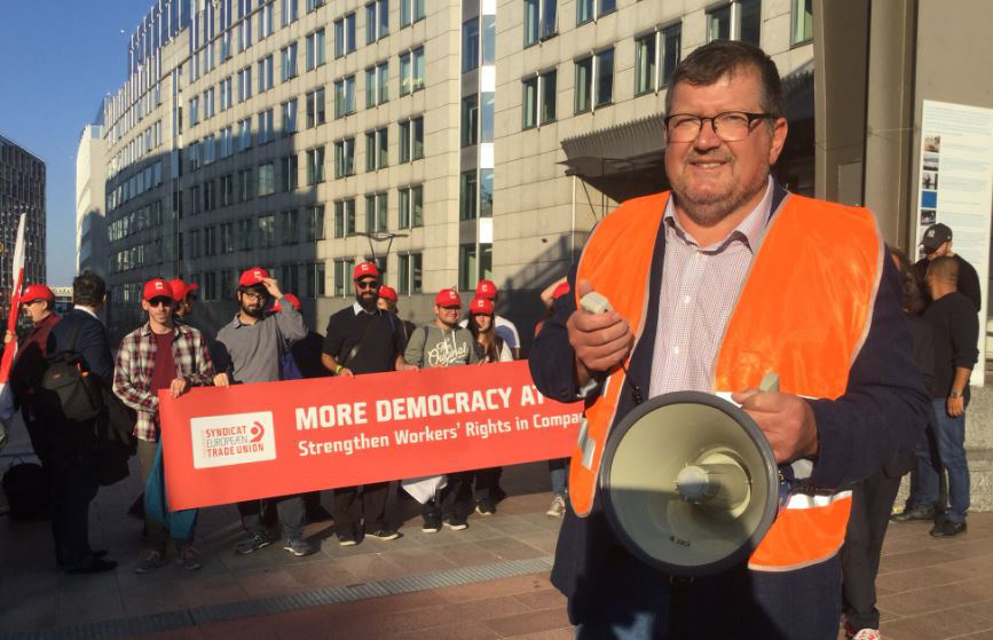 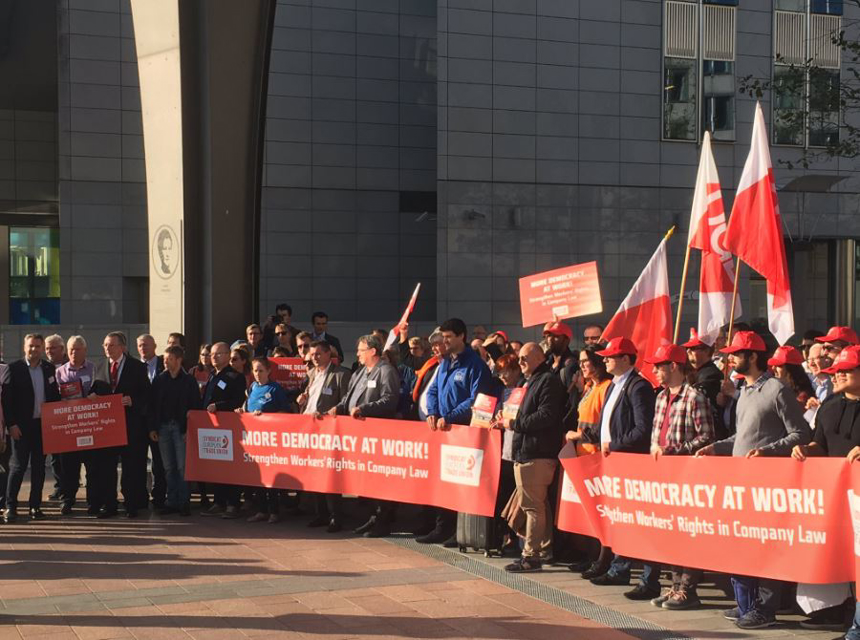 Freedom, democracy and social justice are core values of the European Union. As part of the European social model we defend, they do not stop at the factory gate nor at the office door. Being informed, consulted and taking part in any decision which may affect the future of their company, their job and their life is a fundamental right of all European workers. And yet, this right too often remains a pipe dream as workers continue to be involved only after the company has made its decision, being left to deal with the tragic social consequences of large-scale restructuring. In unprecedentedly turbulent times for the EU and an era of massive transformation of our industries, trade union and worker representatives from all over Europe gathered in Brussels to challenge European policy-makers’ inaction and remind them of their responsibility in making workers’ rights for democracy in the workplace a reality.

More than ever, we need our rights to be involved at the early stages of those restructuring plans enforced and strengthened, as this is the only way to socially responsible anticipation and management of change

When properly applied and complied with, workers’ involvement in the strategic decision-making process of their company at local, national and European levels plays a crucial role in protecting workers’ rights, ensuring companies’ long-term sustainability and fair anticipation and management of change. Democracy at work also paves the way to democracy in our societies which is all the more necessary at a time of rising populism and far-right political ideas.

In practice though, compliance to the letter and spirit of European law for workers’ information, consultation and participation is not always secured, nor are sanctions effective or strong enough to discourage non-compliance by companies. Last but not least, European policy-makers’ and particularly the European Commission’s failure to take or plan any appropriate measure over the past decade to ensure those rights are properly enforced and even strengthened is inexplicable. IndustriAll Europe therefore fully supports the new offensive strategy launched by the ETUC for more democracy at the workplace.

“Our industries are confronted with tumultuous times as they face the manifold challenges of fast-paced digital transformation, adaptation to climate change, ever growing globalisation and political uncertainties (Brexit, upcoming European elections…). Multinational companies in our sectors are thus undergoing permanent restructuring. More than ever, we need our rights to be involved at the early stages of those restructuring plans enforced and strengthened, as this is the only way to socially responsible anticipation and management of change”, stated Luc Triangle, industriAll European Trade Union General Secretary.

“We have supported and coordinated trade union and worker representatives in more than 600 multinational companies, including via European Works Councils, for more than 30 years. Against this practical experience, we can assert that it is no longer time for nice guidelines, handbooks or other soft measures. If European policy-makers are really serious about ensuring that our rights to a voice in company decisions are fully effective and enforced, then there is only one avenue to pursue: legally-binding initiatives to strengthen democracy at the workplace. This means substantial changes in the EWC Directive, substantial improvement in the Company Law Package, and finally, the adoption of a horizontal framework for workers’ right to information, consultation and participation to apply to all multinational companies making use of EU company law instruments”.

European trade unions will consider future actions as part of the ETUC strategy for More Democracy at Work. A delegation of European trade union leaders is to meet Commissioner Thyssen in the coming weeks to further voice our concerns and request a swift political response.