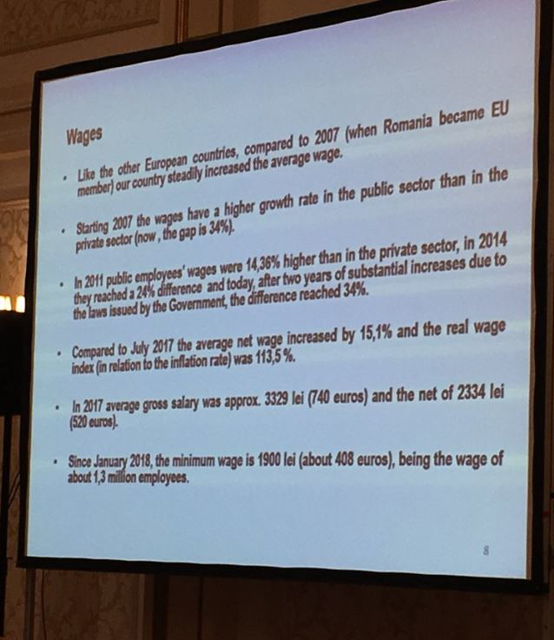 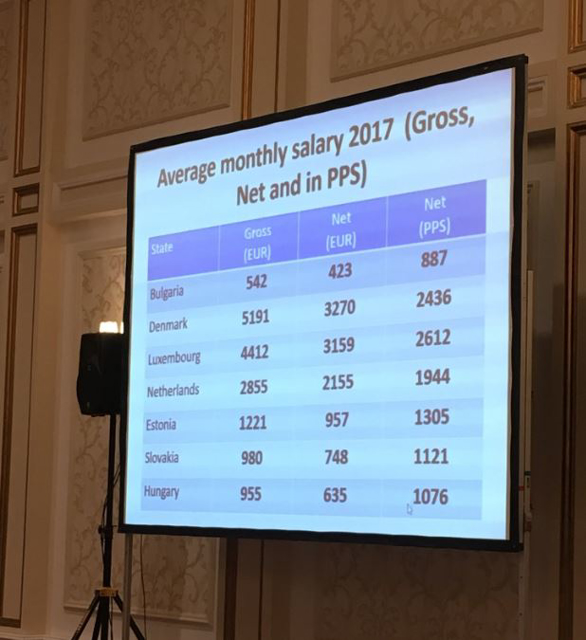 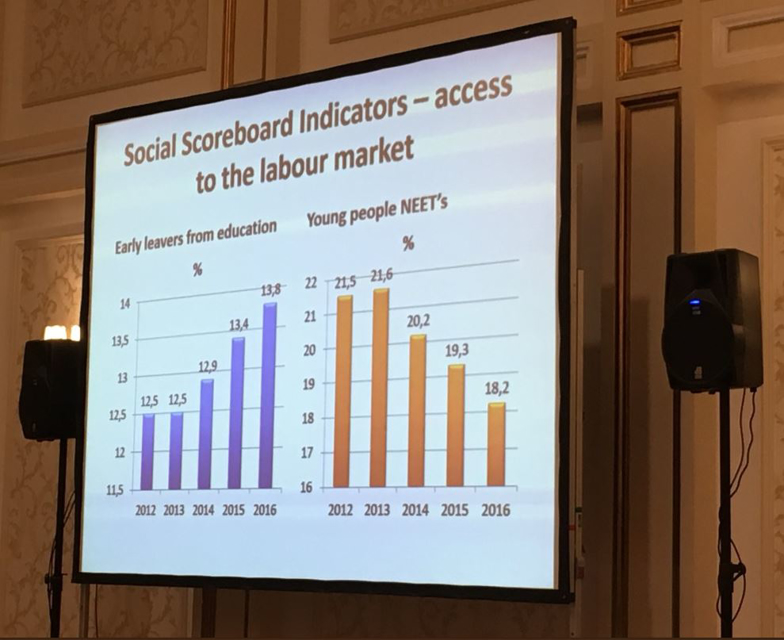 On the morning of the industriAll Europe Executive Committee meeting in Sofia, Bulgaria, on 12 June 2018, an extraordinary session was held on “Regional Inequalities & Upward Wage Convergence in Europe”.

In the presence of the Vice-Minister of Labour and Social Policy of Bulgaria, Soltanka Petrova, and the two Bulgarian Confederation Presidents, Dimitar Manolov (PODKREPA) & Plamen Dimitrov, (CITUB) the members of the Executive Committee were informed about the economic and social situations of two south east European countries; Bulgaria and Romania.

The session shed light on growing divergence between east and west in Europe as well as highlighting a wider trend of gaps emerging between north and south, rich and poor, men and women, old and young.

From the onset of the crisis, inequalities have skyrocketed in Europe. Income inequality is growing within countries between the richest and the poorest people, inequality is also increasing between highly qualified workers who capture the best jobs and those who are stuck in precarious work, as well as between those who take advantage of the technological revolution and those who will be excluded.

The rise in inequality has especially impacted women and young people, increasing poverty among them and excluding them even more from the labour market. This unequal distribution of wealth is found first and foremost where the wealth is created: within companies.

The current economic system leads to a race to the bottom. It allows a wealthy minority to accumulate money while the majority of workers are not paid enough to enable them to achieve a decent standard of living.

There is particular concern about growing wage gaps creating a wide sense of unrest among workers and citizens. IndustriAll Europe has been engaged in the ETUC Pay Rise Campaign from its onset and will support the upcoming Alliance for Upward Wage Convergence, to be launched also in Sofia on 26 June 2018.

Reinforcing the bargaining power of workers and trade unions is a priority for industriAll Europe. Increasing membership is decisive for our ability to act.

IndustriAll European Trade Union affiliated organisations will continue to step up their efforts in organising. Hence, they will strengthen their support to the Building Trade Union Power project. They will also reinforce cross-border solidarity to support one another in the event of negotiation.

A discussion with members of the Executive Committee followed the keynote addresses, where a declaration on Regional Inequalities & Upward Wage Convergence in Europe was adopted. Read in EN FR DE.

The affiliated organisations of industriAll Europe stand together to tackle inequality in all its dimensions.

The Executive Committee’s session on Regional Inequalities & Upward Wage Convergence in Europe was covered extensively in the Bulgarian media.

Find below two links to coverage on Bulgarian National Television, including an interview with industriAll Europe General Secretary, Luc Triangle.