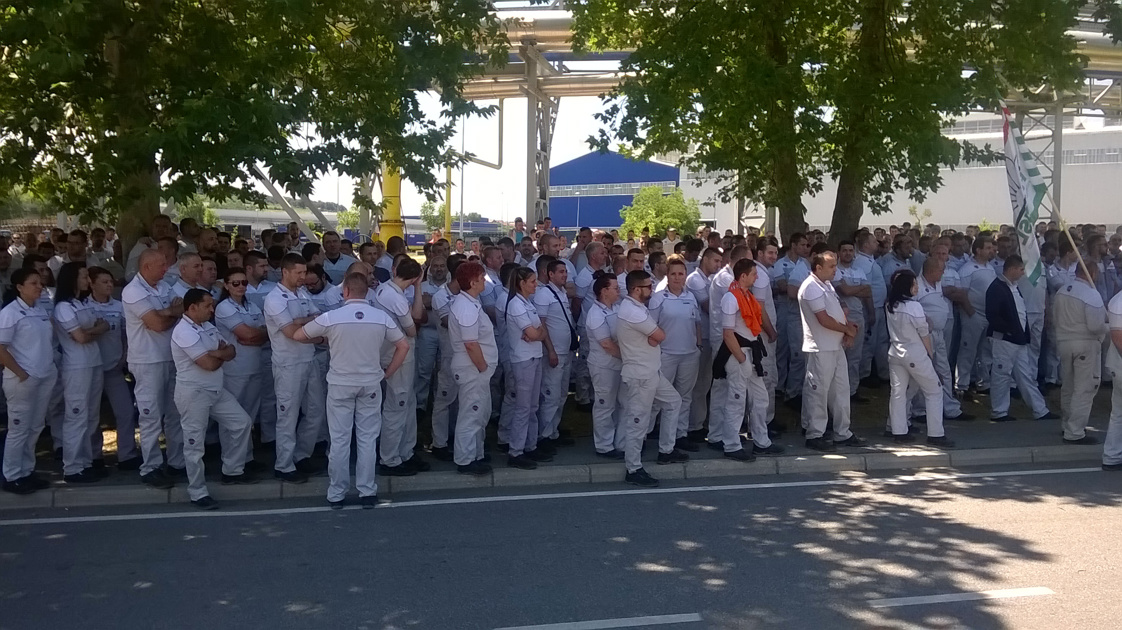 Confronted with increasingly difficult employment conditions, trade unions and 2000 workers at Fiat Chrysler Automobiles’ subsidiary in Kragujevac (Serbia) made the strong decision to hold a strike. IndustriAll European Trade Union and IndustriALL Global Union stand in full solidarity with workers and trade unions in their call to launch negotiations with the subsidiary management without any delay.

Workers of the majority-owned subsidiary of Fiat Chrysler Automobiles (FCA) in Serbia - FCA Srbija – find themselves in a severe situation. Their employment conditions have reached unacceptable levels as a result of excessive work overload and low wages. FCA Srbija workers and trade unions have thus demanded the start of negotiations with the management on a reorganisation of production or hiring of new workers to regulate the workload, as well as the reimbursement of additional costs incurred for commuting outside of normal working hours. In addition, FCA Srbija workers ask for a wage increase and the payment of the agreed 2017 and 2018 bonuses.

Confronted with the management’s refusal to come to the negotiation table, a strike of no fewer than 2,000 factory workers started on Tuesday 27 June. 9 days later, the strike is still ongoing as trade unions’ and strike committee’s repeated calls to the management to launch negotiations remained unanswered, despite an injunction from the National Labour Inspectorate to do so in order to comply with the Serbian law on strike.

In solidarity with their action, industriAll European Trade Union and IndustriALL Global Union fully support trade unions’ demand for decent wages and working conditions and their request to start negotiations with FCA Srbija management without any further delay.

Read : Letter of support to the strike committee at FCA Serbia.